Tips for Sellers - Peter May and Brad Robson

Knock Down and Rebuild: The New Trend Hitting the Western Suburbs

In Brisbane’s Western suburbs, a vacant lot is rare. When a small, run-down home on a large block is sold, the new owners generally begin the knock down and rebuild process.
Undertaking a knock down and rebuild is exactly what it sounds like; instead of renovating a home, the existing property is demolished to make room for a more modern home to be built on the lot.

So why are home owners opting to spend their money demolishing a home instead of just renovating? There are 4 major factors that contribute to the decision to knock down and rebuild, as Place Graceville outlines below: 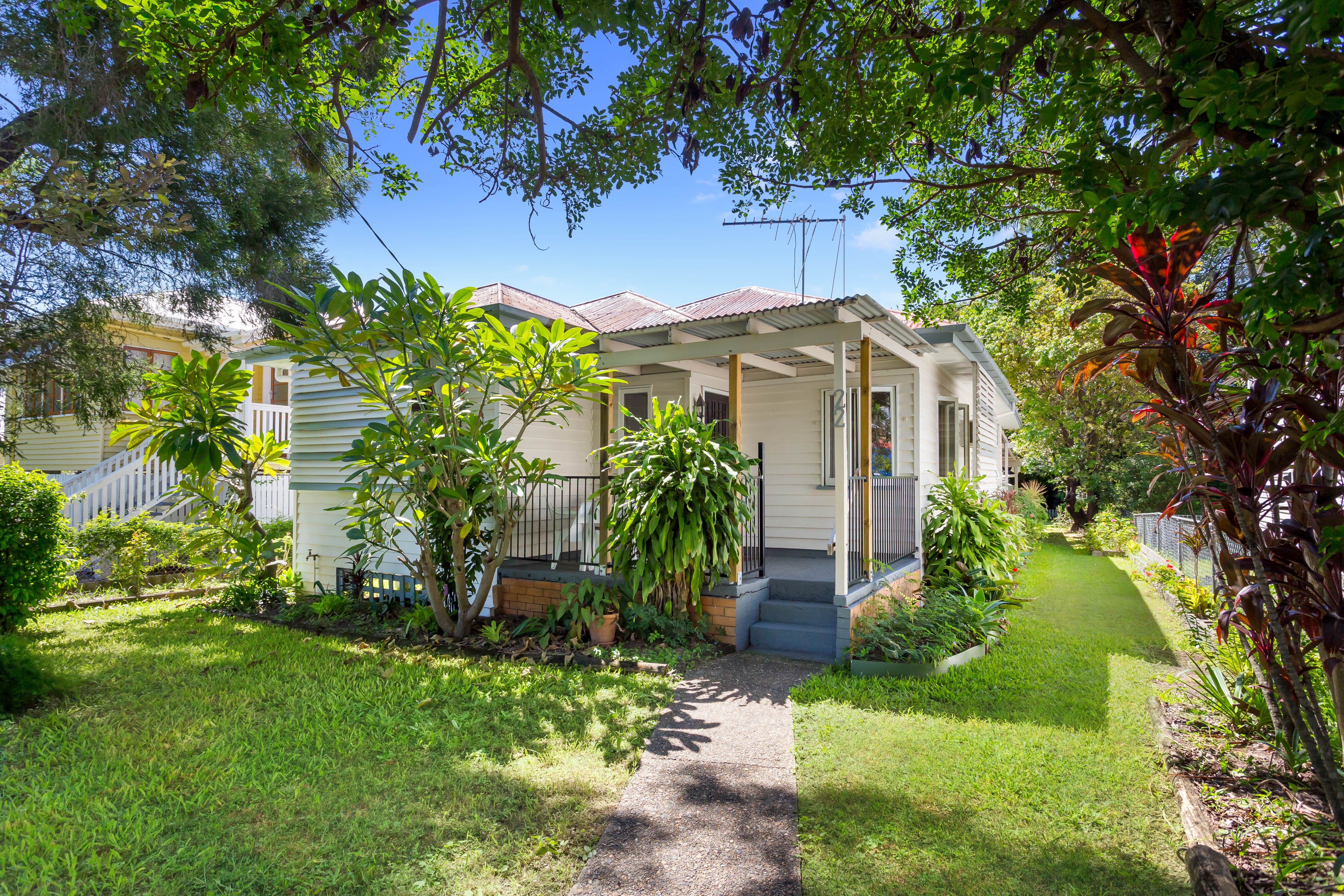 Scott says the 2 bedroom, 1 bathroom, deceased estate was in a state beyond repair. The wall paper was peeling, it was small, and it would have needed structural changes. The home sold for the land value.

“When we see a property in this state on the market, on a block this size, we often see a rebuild occur,” Scott said.

“The structural and renovation costs alone, would have cost hundreds of thousands. It’s far more cost effective to build a new home which has all the features the new owner wants.”

“Now the owners will have a home on a prime block of real estate in Corinda,” he says. As land becomes increasingly scarce in West Brisbane, many families are opting to rebuild as it allows them to live in an inner-city location, with all the much-loved, amenities, in a home that suits their current lifestyle.

More commonly, buying and demolishing a rundown house in the inner city is the only way to secure land in these high demand areas.

Building a new home is an easier process than renovating an older home.

A fresh build allows the home to be built to exactly how the owner desires. The build can be planned to suit the owner’s current needs and it allows all the extra features which come with a new build. It doesn't have to be planned around other structures.

Scott says knock down and rebuilds are increasing as people are looking for larger blocks.

“Queenslanders on large blocks are financially out of reach for most, as is renovating an older home,” Scott says.

“The drawcard of knocking down and rebuilding is that people can buy a bigger block, demolish the home and build a spacious, modern house which they can get a good return on, rather than a financial burden,” he said.

If you are interested in knocking down a house and rebuilding, contact Place Graceville today, your Western Suburb specialists, and we will help you locate the perfect block.

How to Prepare for Real Estate Photography

Online real estate photography is usually the first point of contact between a buyer and a home, so it’s essential these photos evoke positive feelings and make your house stand out from the crowd.

What to look for when Choosing your Real Estate Sales Agent

Whether you're selling for the first time, or are a seasoned veteran, having the right real estate agent is a vital part of a successful sale.

However, there are tens of thousands of agents in Australia – it can feel impossible to choose the right one. Regardless of where you are on your sale journey, there are several things you can do to narrow the list down and find the best fit for you.

Things to look for when choosing your real estate sales agent:

There are so many things to look for when looking for an agent, but there are key indicators to help you find the best fit for you. The right agent:

1. Delivers
You can get a good idea about the success of an agent by looking at their, and their agency’s results. Have a look at what properties a potential agent has sold recently, and examine information that includes sales prices, time on the market, and what has sold in your area in the past three to six months.

2. Comes recommended
Many people choose a great agent by talking to people who have worked with that agent before. If a friend or family member has recently sold or bought property, ask them who they used and if they were happy with their service. You can also find reviews or testimonials for many agents and vendors online. Take the time to do the research on who comes recommended (and who doesn’t).

3. Is knowledgeable
A good agent knows what the market looks like, a great agent understands how the current market will influence your sale, your goals, and your priorities. The best agents know about schools, transport, and the demographic of current buyers.

4. Feels right
As cliché as it may sound, it is important to go with your gut. When meeting an agent, watch how they interact with you and potential buyers. Examine their communication, behaviours, and ability to answer questions and keep to a schedule. If you are comfortable with their honesty and communication, those are great signs of a great fit.

Things to Ask:
All agents are different – and that’s a good thing! There are a few things you can ask agents as you hone in on the right one. This will help you get a better understanding of who they are, how they work, and how they will work for you.

1. How long have you been in real estate?
This question goes beyond the years a person has been selling houses. It is true that experience does not always equal success, but real estate is commission based and only those who provide superior service succeed. However, if your agent is new to the game – that is not necessarily a bad thing. Your agent is fostered and supported by their environment, and their success is shaped by the success of the agency they are part of.

2. What communication can we expect?
Every agent communicates differently, and every seller has different expectations for their agent. It is vital that you find a middle ground with the person who will be helping you sell your home. Lay the groundwork early, and make sure you feel comfortable with the frequency and content of the information you are provided with.

3. What questions do you have for me?
This is the most important question anyone can ask. It will help you understand the mindset and priorities of your agent, and will let you know if they are going to take the time to get to know your goals and priorities and deliver service that puts their clients’ needs first.

Find the right agent for you; for the best in buying, selling, and renting – there is only one Place.

4 Common Mistakes to Avoid When Selling a Home

For most, selling a house occurs infrequently, and when the time does come it can be hard to know what the right process is.

Landscaping Tips to Prepare a Big Backyard for Sale

The suburbs in Brisbane’s outer ring are renowned for their large blocks. While these big backyards are enjoyed during tenure, they can pose problems when it comes time to sell.

What to Know Before you Build your own House

Making the decision to build your own house is daunting yet exciting and proper planning is key to ensuring this process is successful for you.

Top 5 Tips for Sellers to Appeal to Buyers

Buying a home is the biggest investment most people will make, which is why home-buyers often turn up to open-for-inspections with a list. We’ve got our top 5 tips for sellers to appeal to buyers.

Changing Your Homewares for Winter

Winter is well and truly here. If you’re looking to make your home feel a little more cosy, then we’ve got just the thing.

Modernising Your Queenslander? Read This!

Queenslanders are beautiful, airy buildings filled with character. It’s no wonder so many people want to live in them!

Is Your Hot Water Not Working?

Adam Harnett has been a plumber for over 22 years and he’s seen his fair share of plumbing issues.

How to Jazz Up This Forgotten Space | #placetips

Jacqui from Feather My Nest Property Styling knows all the ins-and-outs of making a room look just right.

How To Style a Bathroom For Sale | #placetips

When it comes to styling your property for sale, you pay close attention to the bedrooms and living areas but one of the rooms that often goes unnoticed is the bathroom.

Continue Reading
Subscribe to this RSS feed
Warning: count(): Parameter must be an array or an object that implements Countable in /home/peterand/public_html/templates/pab/html/com_k2/market-update/category.php on line 242
Page 1 of 4

Every Thursday we deliver a market update straight to your inbox. Sign up and allow us to keep you informed about important changes to the real estate industry, homes that are new to the market and a list of what we have recently sold.

Every Thursday we deliver a market update straight to your inbox. Covering important changes to the real estate industry, new listings and recently sold properties.